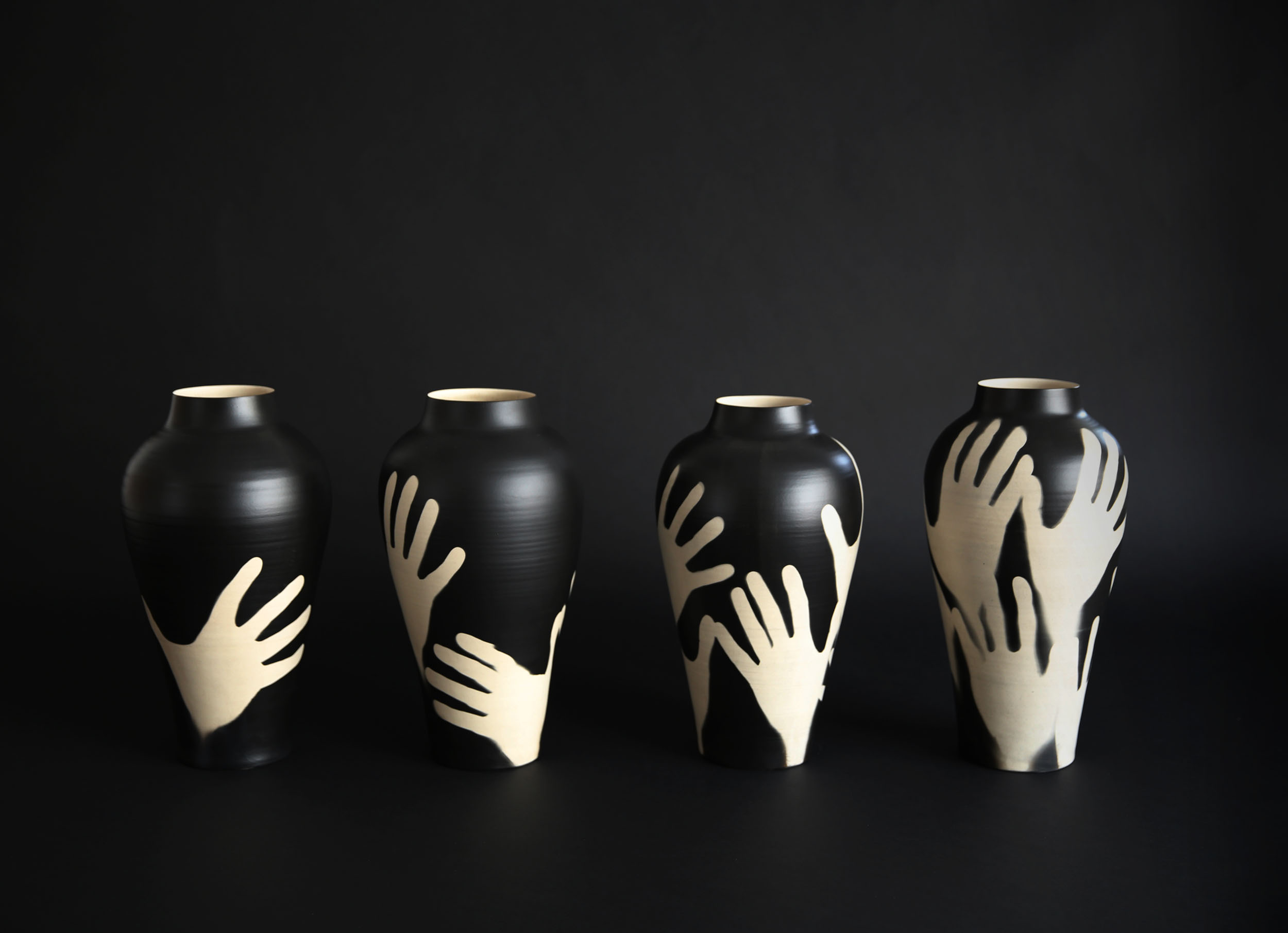 Vases
Stoneware, silver gelatin
22cm dia x 36.5cm H
2020
Hold Me is a collection of vases with silver gelatin photograms. The hands depicted on the pieces are achieved using an original photographic process, whereby light-sensitive vases are revolved within a shard of light.
Enquire 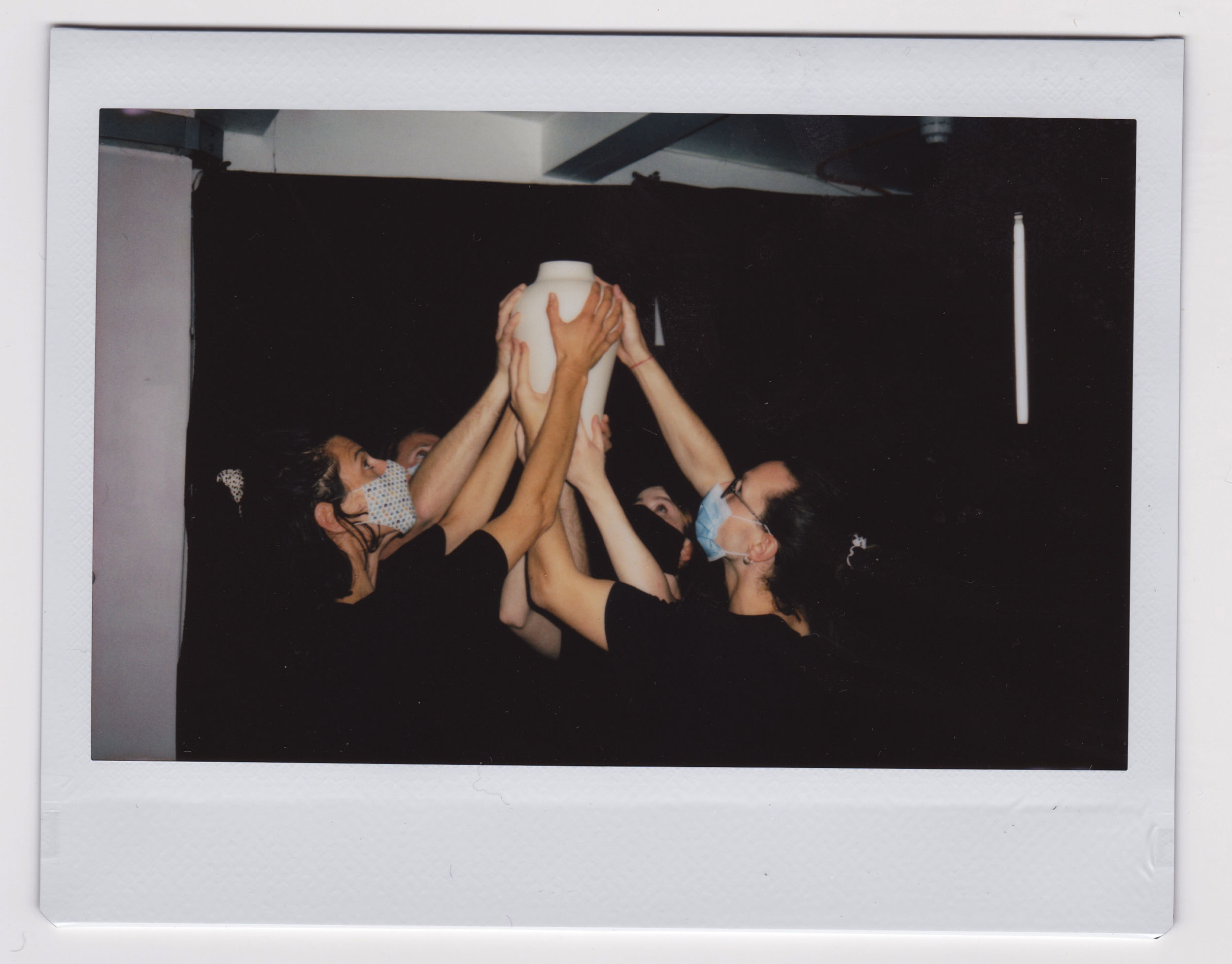 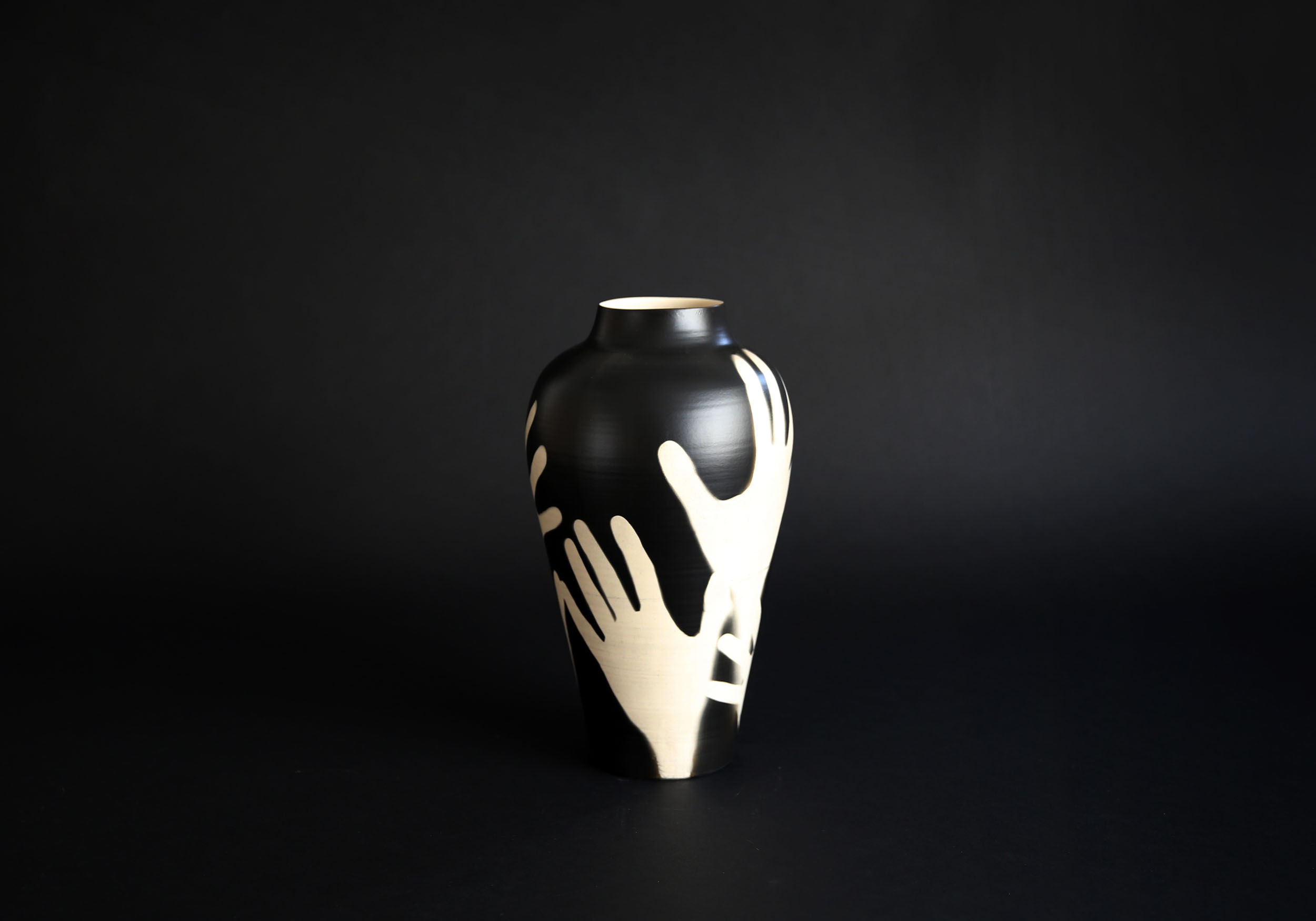 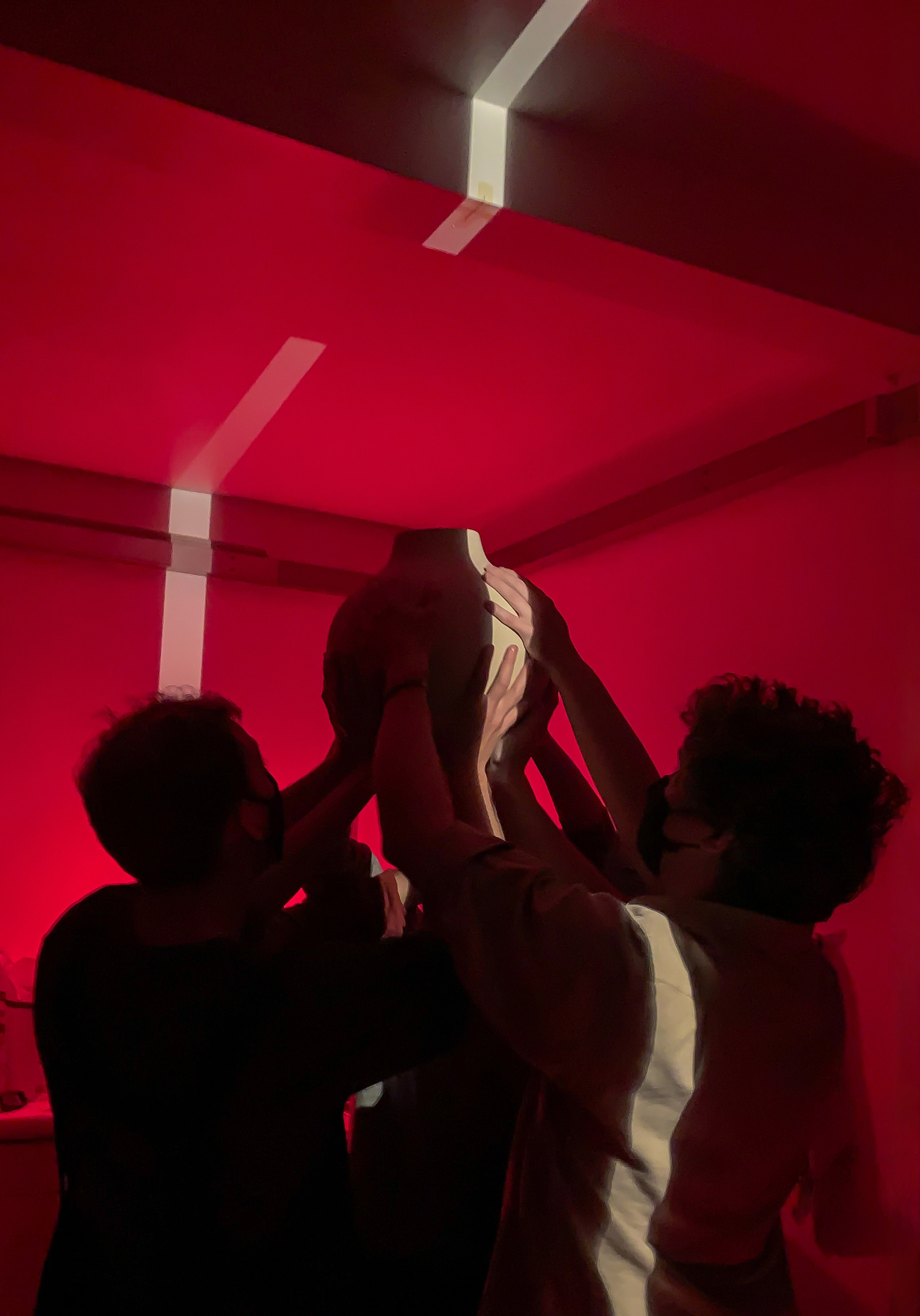 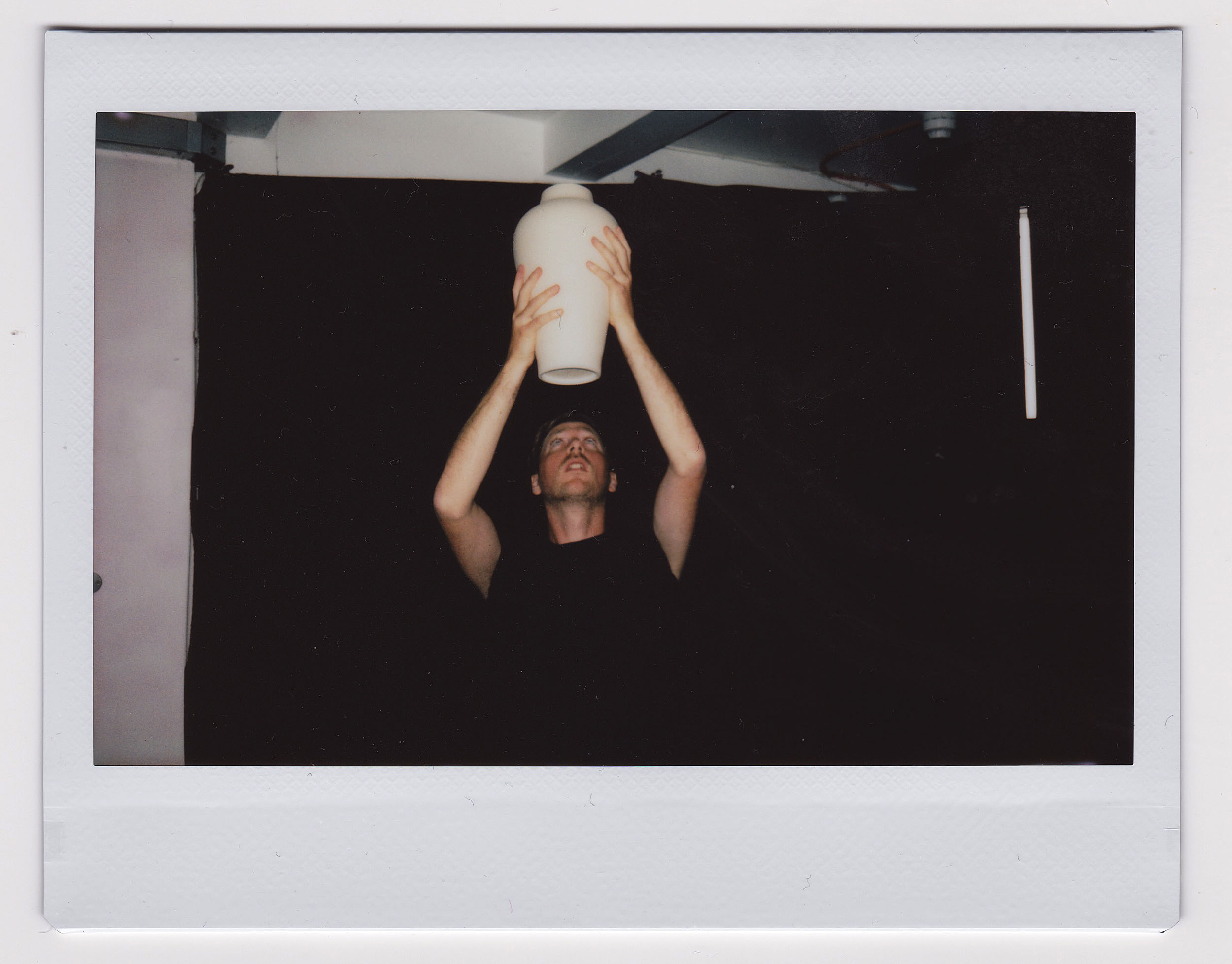 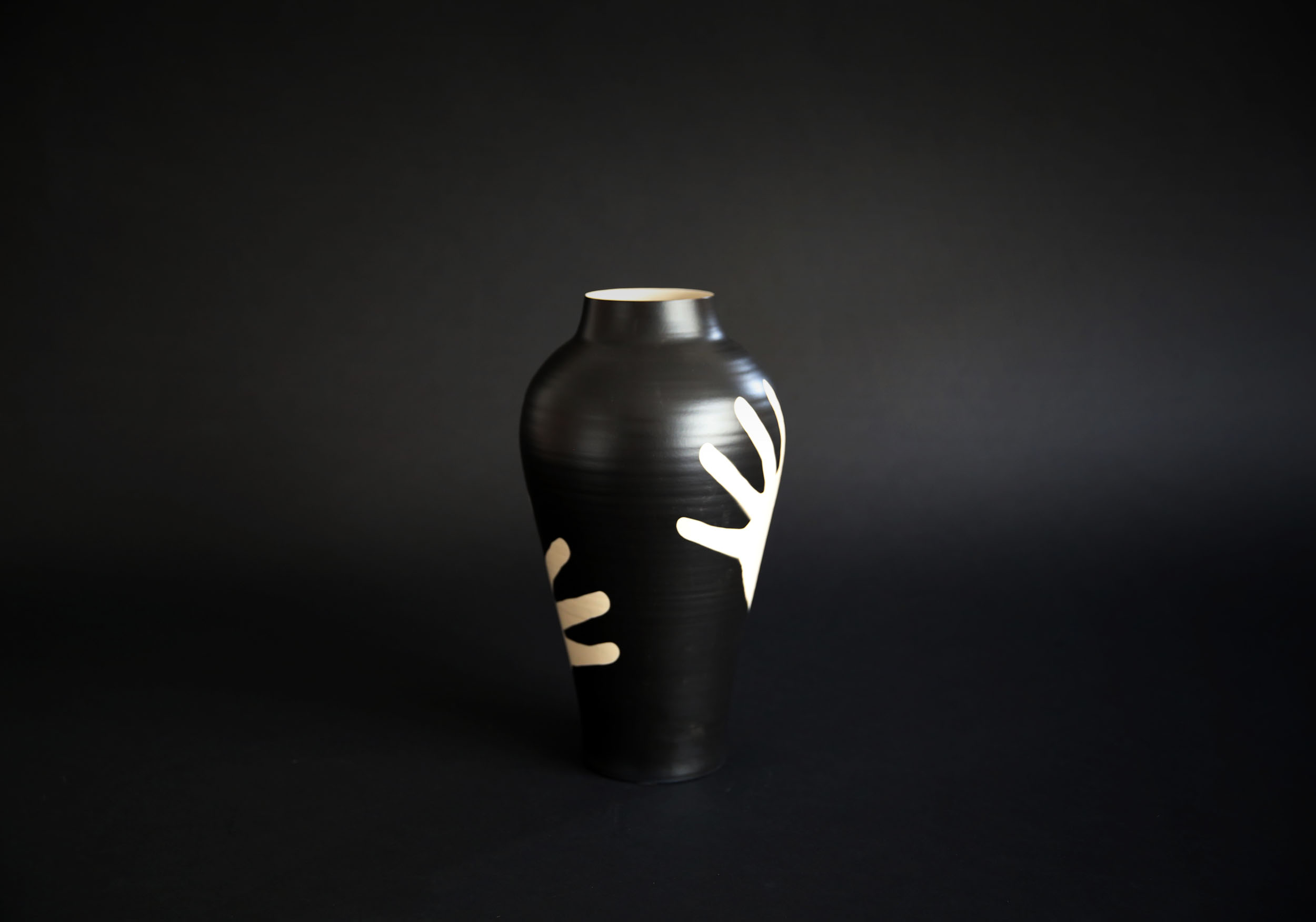 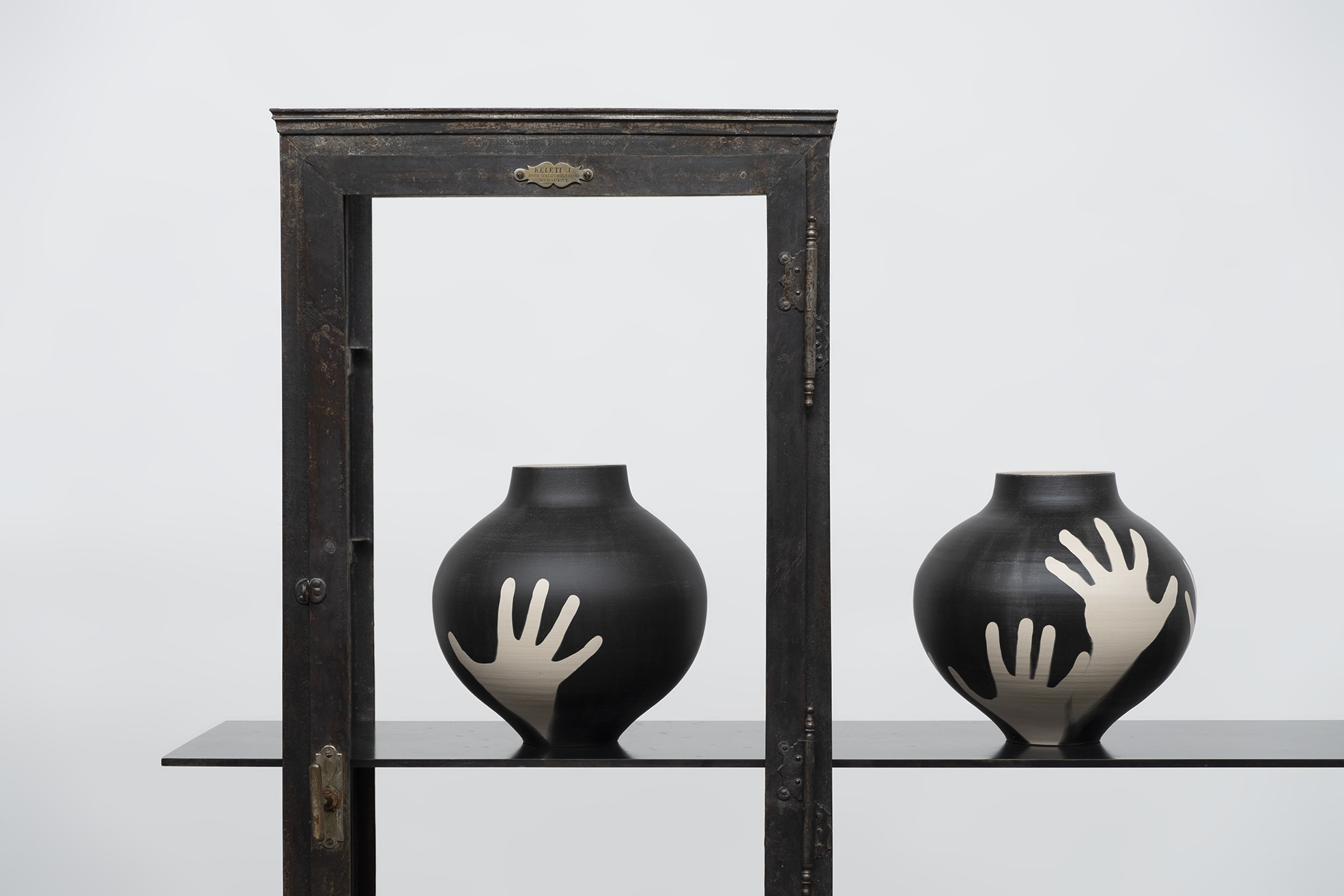 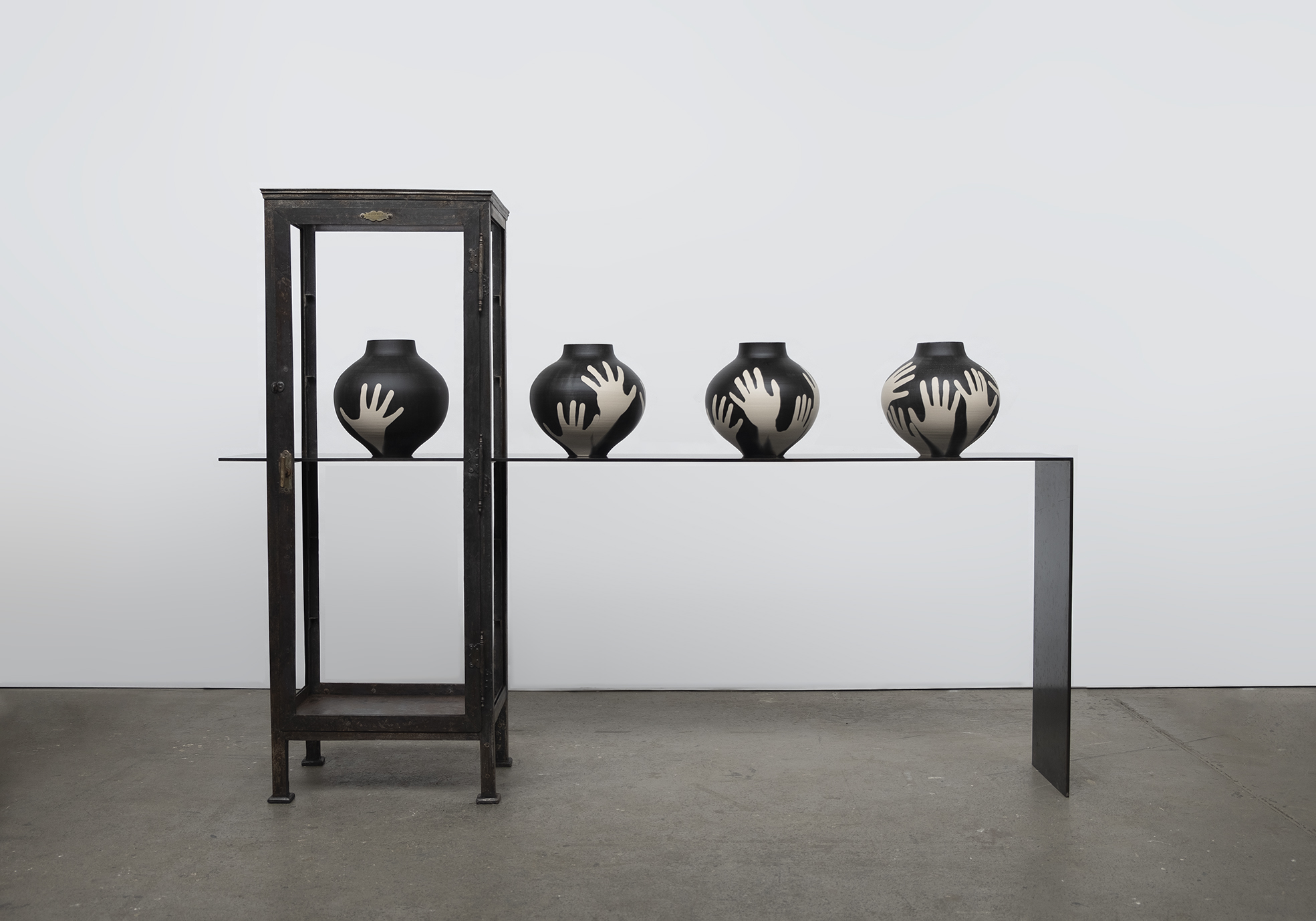 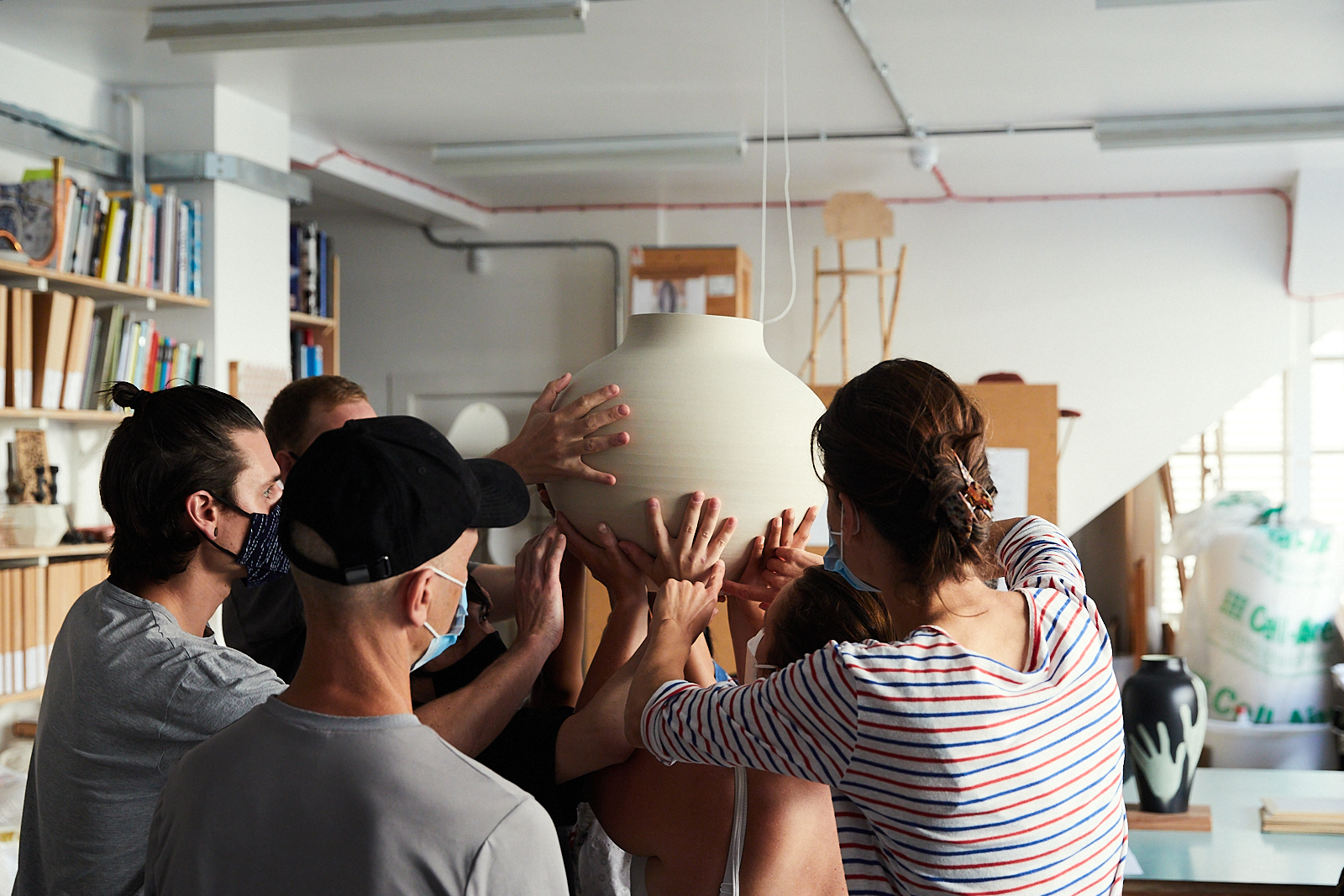 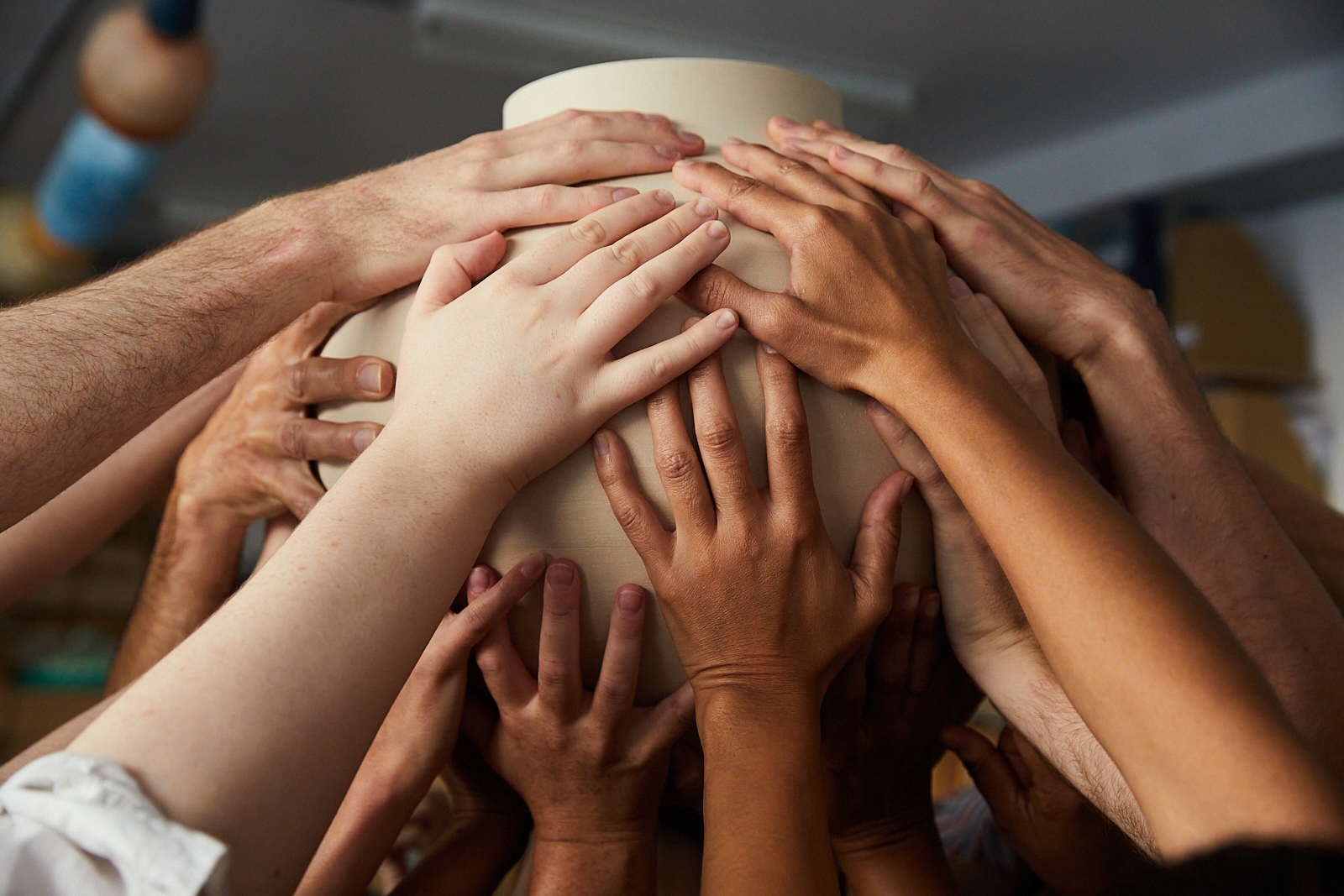 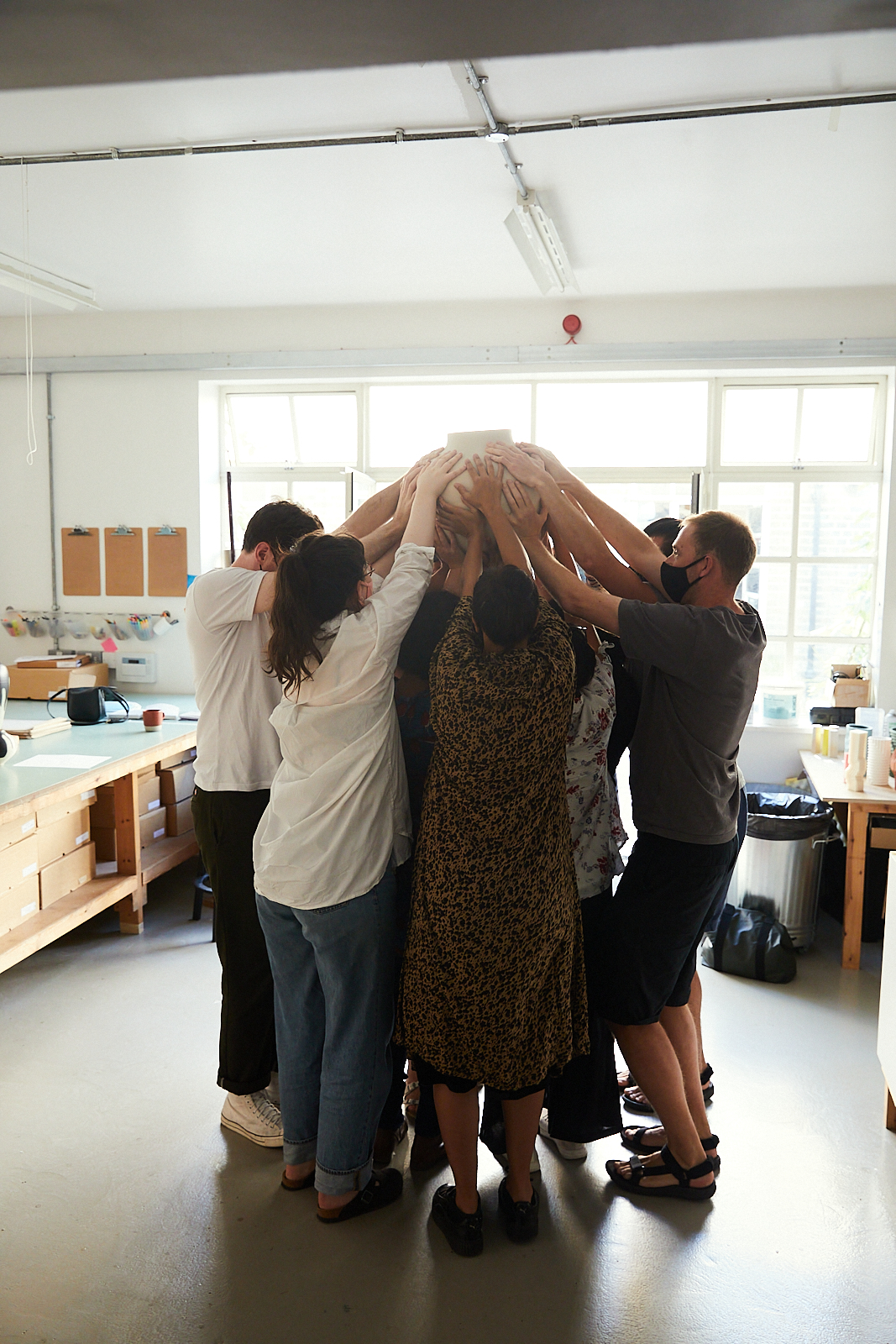 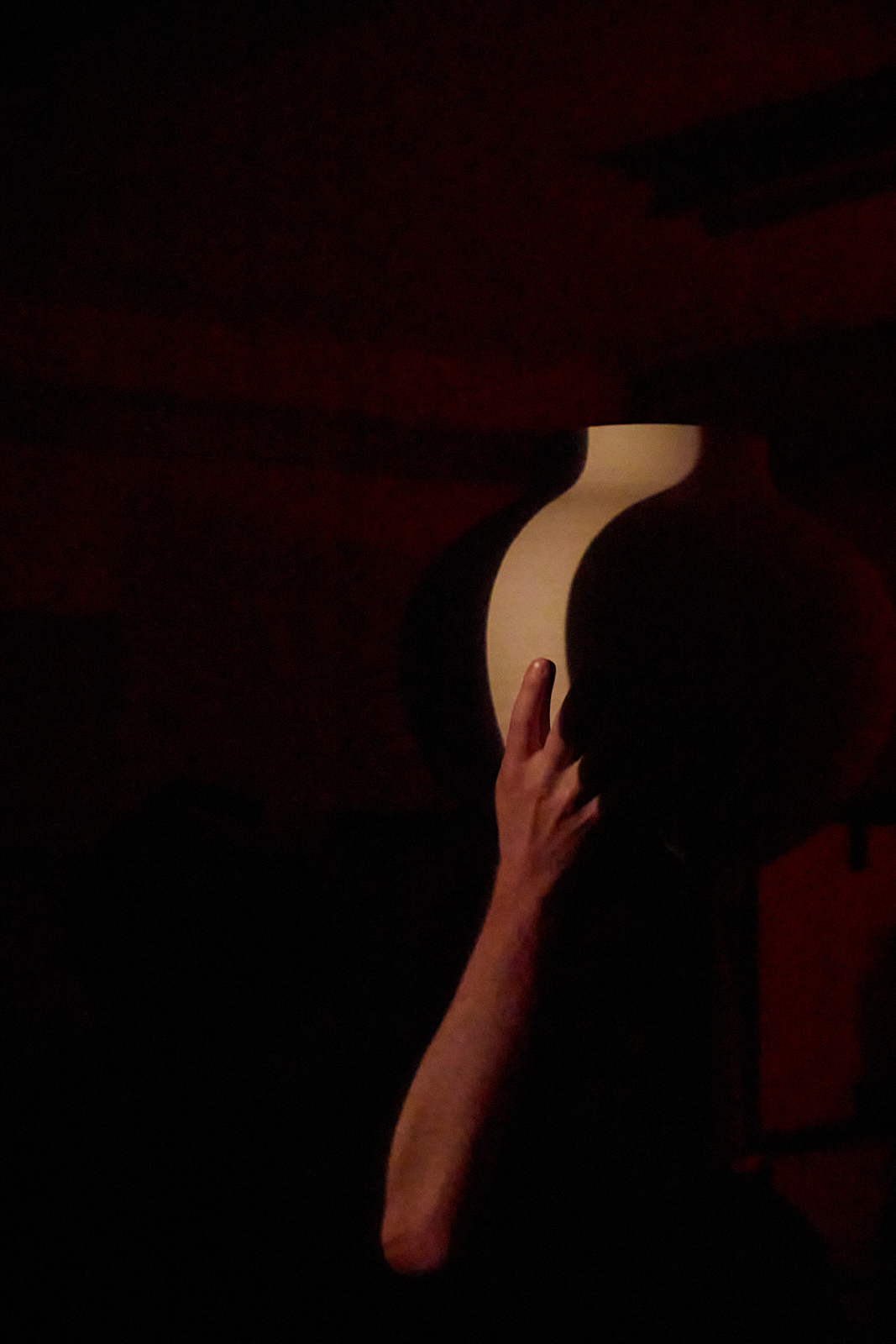 Each vase was held above our head while we carefully turned on the spot. After one revolution the vase has been fully exposed and the relationship between the vase and our hands is captured on the surface.

Each piece in the series is created by a progressive number of people holding and turning, from one person in the first vase to four people for the last. It is a process that required careful choreography and timing. The resulting image immortalises the moment of making. The hands that are captured on the surface of the vases are simultaneously the way the pieces were made, as well as the subject of it.